Why Will Guest Posting Still Be Effective in 2018

Why Will Guest Posting Still Be Effective in 2018 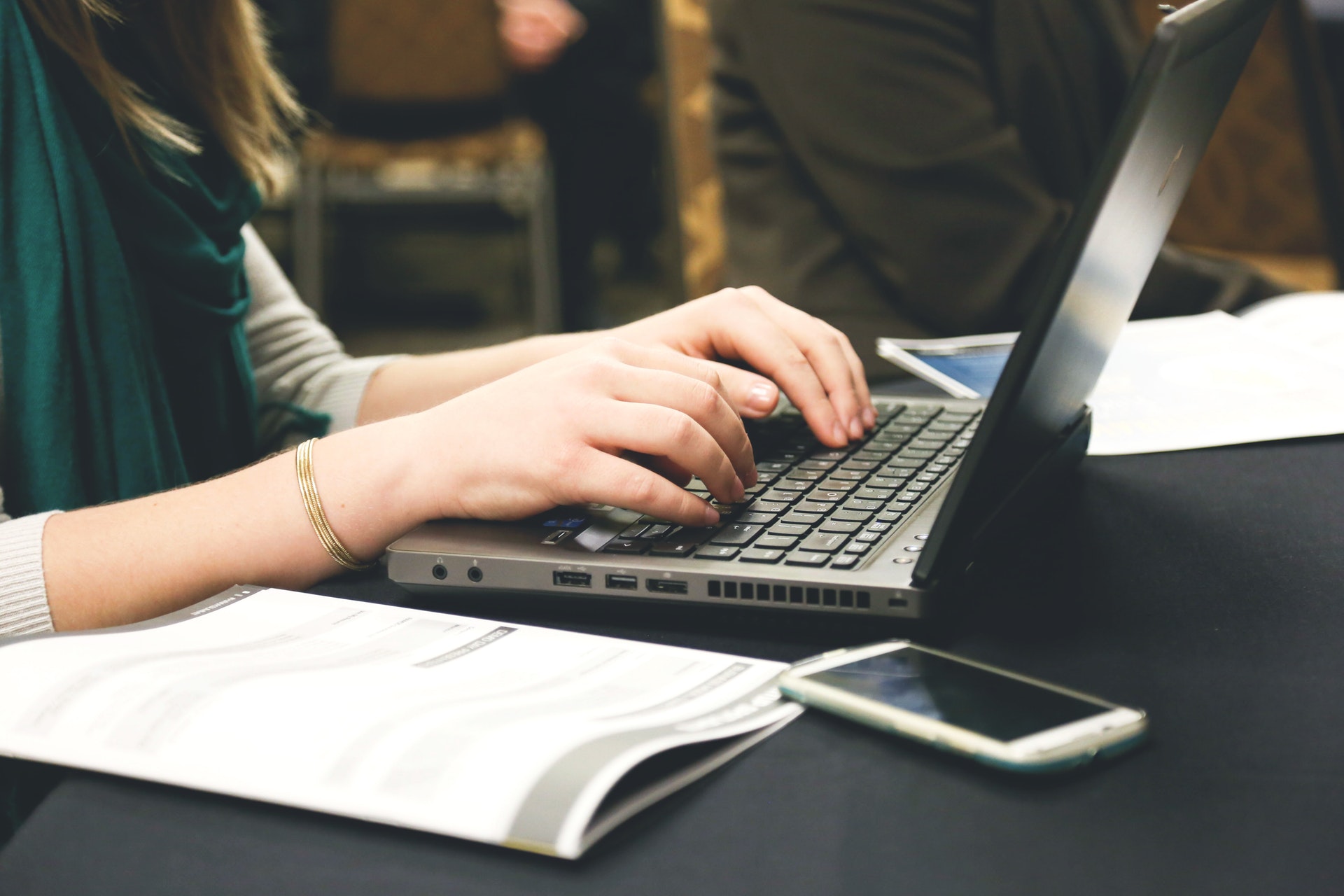 The title of our article might strike a nerve with you, particularly if you’re familiar with the state of affairs these days – the almighty Google has opened a large can of “seek and destroy” on guest posting websites.

You’re obviously wondering now: How could guest posting still be effective if Google itself is hunting down back-linkers? There are plenty of reasons why the truth isn’t as gloomy as it is portrayed by many SEOs all over the Internet.

Before we delve deeper into the issue – and believe us, it’s got some good depth – let’s first understand how a guest posting campaign works.

It’s less likely that you don’t have any friends, partners or collaborators who have websites. If yours is young and you haven’t got as much traffic as you’d want on it, you can – and should – seize all the guest posting opportunities that get in your way.

What does this mean? It’s simple: you can write posts for your partner’s websites. This is guest posting in a nutshell. Why would you do it? Primarily because it facilitates the building of dofollow links that send traffic to your website.

This practice became a huge hit on the Internet in a record time. Pretty much anybody has had a guest posting campaign at some point or another. However, ironically enough, guest posting became the #1 enemy for Google.

When you have hundreds of thousands of websites that dabble into guest posting, you’ll indubitably have a ton of spam. Consequently, Google has developed algorithms that are able to hunt these spamming websites down.

With all these, you shouldn’t worry about it as long as the content you are creating through link building is genuinely original and helpful.

There are people who earn their bread by guest posting. Giants like Google are well-aware of this. They can’t afford to bury all the websites that abound in dofollow links. In spite of what holier-than-thou SEOs might say – guest posting isn’t dead.

Here’s a list of reasons why things are this way and not the other:

Yes, this is the naked truth. “Oh no, it’s the visual content that matters most at the moment!” No, it’s not and it will take a while until it will, if ever.

Content marketing is indispensable for the well-functioning of the Internet itself, not only the websites of the companies. It will never go away, no matter the trends. Nothing can bring more traffic to your websites than proper content marketing.

Guest posting is fundamentally content marketing done right. While it’s true that Google is tearing into some guest posting websites, it won’t touch a website that has used optimal guest posting strategies.

And we’re talking about huge websites like Moz, for instance, that are focused on providing guest posting services and getting your name out there. Moz facilitates link building a great deal and Google simply doesn’t afford to mess around with it.

Why? Because it’s thanks to sites like these that others have very good content and traffic. The authors of the content use pertinent keywords, perfectly legal backlinks and work assiduously to bring more traffic to their own websites.

Do you see anything wrong with that? If yes, then you are part of the problem. If the content that’s written via guest posting on other websites is of high-quality, Google can’t do anything about it.

On the other hand, if you’re a spammer, you should expect to find your website on the 4th page of results next time you search for it. Be cool: if your guest posting campaign is great, from a quality standpoint, you will be rewarded, not downgraded.

At the moment, an incredible number of young companies are able to make a name for themselves by guest posting. If this practice would be as punished as some say, these start-ups would be hit so hard that they would never recover.

This is extremely unethical because other than posting as a guest, you don’t really get many options for increasing the organic traffic to your website affordably! Don’t listen to a word these conspiracy theorists say.

Things aren’t as bleak as they seem, provided you’re not an awful back-linker that creates a lot of spam.

A guest posting campaign done by the book can generate huge revenue for websites. In order for this to happen, you need straightforward content that doesn’t mislead people and helps them instead.

You can also jump from 1,000 e-mail subscribers to 100,000 (and we’re not even exaggerating). If 50,000 of those subscribers end up hitting the “Order” button on your website, you’ve got yourself a phenomenal profit just by writing.

On the other hand, if you get 100,000 subscribers but you get like 1,000 shares and 1,000 likes per month, your guest posting strategy needs some thorough re-thinking. Guest posting can be as badmouthed as possible, but it won’t disappear too quickly.

It simply swirls too much money around.

How can there be better content if there’s so much spam? It’s a no-brainer, actually: some people try to improve their writing skills in order to get more high-quality traffic and a larger audience.

Obviously, there are those who would rather keep on wasting their time with lazy, abominable posts than attempt to better their skills with as little as 1% – don’t you worry, though, they will be taken care of really good.

Guest posting websites have given birth to an astonishing pool of good SEO writers. All the guest posting opportunities you have today are the result of such workers.

You can well assume that guest posting won’t go anywhere, given that the prospect of having websites go downgraded makes many owners work on their writing skills.

It’s no secret that many guest posting opportunities have a direct influence on one’s following on social media. Posts are shared on Facebook and Twitter, for instance. You might be inclined to think that only the enactors of those campaigns benefit from them.

All guest posting strategies should be focused on enlarging one’s social media following. Word always goes around quickly on such platforms and you can get more customers without any effort.

Instead of paying thousands of bucks to companies that promise you’ll be the next Amazon within a week and getting nowhere, you should consider doing things your own way. In this day and age, it’s the only method that has been proven effective.

So, about branding: thousands of companies make a name for themselves by writing blog posts for other websites. This way, you’re not only branding your business effectively and effortless, but you’re paid to do this.

Because many companies use this method, there’s not a snowball’s chance in hell that guest posting will vanish anytime in the near future. The implications are simply too deep. The Internet was able to get more developed thanks to guest posting and other similar contributions.

Cutting guest posting short would be counterproductive and, to use a colorful word: asinine.

Yes, you can get a job as a blog writer in 30 minutes if you know where to look for work. If Google would decide to destroy all guest posting opportunities, do you think people would just say “Oh well, it was cool as it lasted”?

Clearly not. Thousands of people make money by working as article writers. They would be jobless almost immediately if this trend wouldn’t continue in 2018 and beyond that.

More jobs help the economy because people have to pay taxes. Guest posting, thus far, is to everybody’s advantage, you name the party. In fact, more and more companies offer job openings for content creators.

Subsequently, this becomes a more established, “real” job with every passing year.

You can’t be successful in business if you’re alone. This is how it goes. Guest posting services connect companies with each other. This gives birth to fructuous relationships, as each company has something to gain from the other.

One gains high-quality content and the other one gains organic traffic, branding, and money. To some extent, guest posting isn’t a service as much as it is a blooming network.

By working as an SEO guest writer on somebody’s blog, you’ll learn the tricks from professionals. They’ll teach you how to hit the bulls-eye every time you write an article.

Once again, practices like this one create more writers that know what they’re doing. Business opportunities are at an arm’s length, too. If the CEO of a company likes your style and the way you do things, he’ll recommend you.

Guest posting offers real perks to all those who do it properly and not for the purpose of cheating Google’s wild algorithms. And here’s the slap: you can cheat them, but sooner or later they’ll catch up with you anyway. There’s no hiding from them forever.

How to Prevent Being Penalized

There are 5 main valuable things you should implement in your routine when you’re into guest posting and you earn your bread by writing articles. If you do use them, you won’t risk having Google catch your scent.

Don’t use irrelevant ones – this should go without saying. This shouldn’t be confused with start spamming the damn out of each article. All the keywords you’re using should be intrinsic to the subject you’re writing about.

By doing this, you will attract good traffic. Stuff your articles with keywords and you won’t only drive readers away (it’s difficult to wade through a mess of random words), but you’ll have the website you’re writing for downgraded.

You’ll get your perks from dofollow links and backlinks. Writing things like “I’m Mark and I encourage you all to visit my website. Okay, back to the topic” is incredibly frowned upon. You’ll find that for yourself when your blog posts will be rejected.

Don’t be afraid of sharing your posts on Facebook or on any other platform you want. This will make you more recognizable and will establish you as a blog post writer. If people comment on your posts, don’t stay silent.

Answer their questions and help them out when they need help. The more comments you give on what you’ve written, the more traffic that article – and the website it’s published on – will get.

This is counter-productive because you could make a lot more money and get more branding done by writing on a website that’s not very different from yours.

Guest posting isn’t going anywhere, and you can calm down – it’ll definitely be efficient this year and for many other years to come.

We know that certain people have stricken fear in those who have used guest posting, but we believe they did it out of spite or because they’re incredibly misinformed. As long as your blog writing is on point and follows the rules, you won’t be penalized by Google.

To wrap it all up, we’ll just say that you should use guest posting to your advantage as much as possible, because there are only positive outcomes from it.

This site uses Akismet to reduce spam. Learn how your comment data is processed.